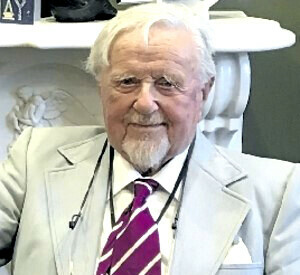 On September 1, early in the morning, Dr. Nick Jaco died. He would have been 102 years old in three weeks time. He leaves to mourn his wife of sixty-six years, Rose Marie, his four children, Nicholas, Peter, Jennifer and Christopher, and their spouses, Lola Weller, Candida Jaco and Robert McKay. His eight grandchildren are also saddened by his death. They are Samantha and Jaqueline Jaco, Charles and Emily Jaco, and Alastair, Cecelia, Emma and Fiona McKay. Nick delighted in his two great-grandsons, Iver and Elek McKay and declared that they were certainly among the most beautiful children he had ever encountered. Family members who also feel his loss are his Cornish relatives, especially his niece Mellyn, his nephews Glynn and Trevenen, and his many cousins in the extended Jaco family.

As a paediatrician, Nick met and healed many children of all ages, but kept a very special place in his heart for premature babies. He approached their care with great compassion for the families and a careful application of the latest developments in neonatology for infants. Nick had a long career in medicine prior to coming to London in 1966 to help establish a neonatal intensive care unit at St. Joseph's Hospital. Born in the town of Liskeard, Cornwall, U.K., he was fond of recalling two highlights from his childhood. The first was when Edward, Prince of Wales was touring Cornwall and met baby Nick with his parents, who were part of the flag-waving crowd. The Prince noticed the child, pronounced him a very beautiful baby, and so provided for the family the royal seal of approval. The second was the birth of his little sister, Pamela, which he recalls as a joyous occasion. They remained close friends all of their lives.

Nick proved to be a gifted student, particularly in mathematics, and in 1938 he received a County of Cornwall scholarship to study mathematics at Merton College, Oxford. The unexpected death of his father that year caused him to develop an interest in health care and he transferred to the medical faculty in his second year. He studied under the guidance of many noted physicians and became a specialist in internal medicine prior to studying paediatrics. In 1954 Nick immigrated to Canada with the intention of establishing a referred practice in a suitable location. After a year at the Hospital for Sick Children in Toronto, Nick moved to Sudbury, where he was attached to the Sudbury General Hospital. His fiancée, Rose Marie, was a psychiatric social worker in the hospital and they married in 1956. Their four children were born in the hospital and were destined to travel with their father in the development of his career. The first journey took the family to New York where Nick began his work with the newborn at what was then Columbia Presbyterian Hospital.

After three years of work and study, Nick accepted the position of Chief of Paediatrics for the County of Cornwall, and the family moved to Britain the city of Truro. There they lived in a large and ancient stone vicarage, attached to Kenwyn Church, and the children began to adapt to the exacting British educational system. But after a few years as a general paediatrician, Nick's interest in the premature newborn reasserted itself and he accepted the position of Chief of Paediatrics at St. Joseph's Hospital in London, where he helped create the neo-natal intensive care unit. Through his many years of practice he has met many of his former tiny patients, now robust teenagers or young adults, who claim him as the doctor who saved their lives.

Nick had many gifts and hobbies. He was very fond of music and enjoyed playing the piano, especially jazz compositions. He was an accomplished artist in both oils and watercolours and a keen member of the Brush and Palette Club. Another interest was photography, and he always managed to find space for a darkroom in any home the family inhabited. A very special place for Nick was the family cottage on Four Mile Island in the French River, just south of Sudbury. That was where he fished, painted, took photographs and enjoyed the company of his children and grandchildren. Fortunately, he was able to spend some time near the end of his life relaxing on the French River, in the company of his sons, Peter and Christopher. Travelling was also a source of great pleasure for Nick and Rose Marie, and they enjoyed their many visits to Nick and his family in Australia, to Peter and his family in Edinburgh and to the Jaco clan in Cornwall. Holidays in Portugal, France, Spain, Greece, Tasmania, New Zealand and Costa Rica gave Nick the opportunity to photograph and paint many beautiful scenes.

When asked about his remarkable longevity, Nick would reply that he attributed it to his enjoyment of a daily glass of whisky before dinner. Since he knew that this piece of wisdom had little explanatory power, he would also confide that he was as puzzled as anyone by the length of his life, and he had no idea why he had been chosen to have the gift of years. For the last four years of his life, Nick enjoyed a quiet, pleasant time at Windermere on the Mount. Although he gradually lost the ability to be active, he was still able to paint a charming scene in his last week at the cottage. His final days were eased by the attentive management provided by the Palliative Care Team, and he died without pain in his own bed at home, with family members nearby.

A funeral service was held at the Chapel, Windermere on the Mount on Saturday, September 24 at 10.30 a.m. 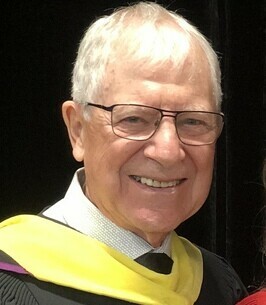 Auke “Oak” van Holst, husband, father, father-in-law, uncle, grandfather and friend, passed peacefully surrounded by his loving family on February 28, 2022 after a battle with cancer that took him far sooner than any of us had hoped. After retiring as a Professor of Education from Western University in 1997, Auke spent his years crafting his skills as an artist with the Brush and Palette Club, London participating in many aspects of the Club since 1997.  Auke was loved and respected by all members of the Club; he was always willing to lend a hand. 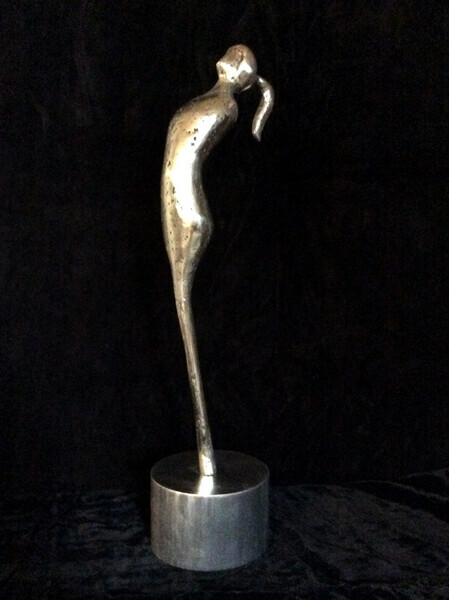 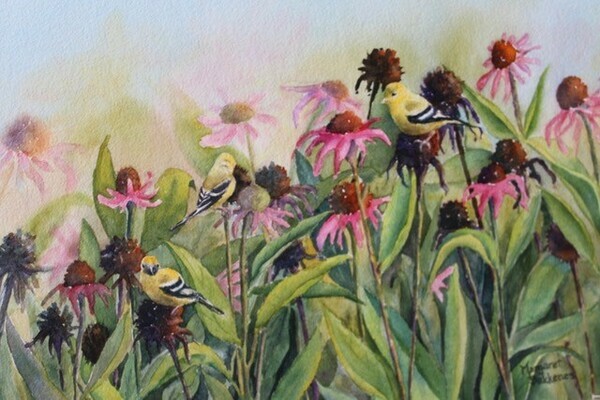 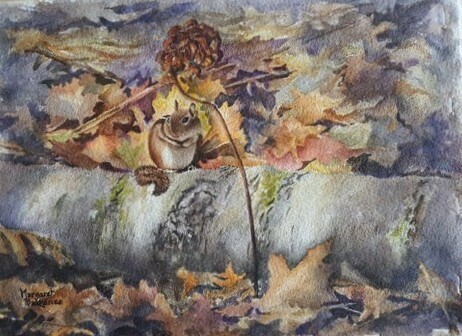 At first, they met in the home of Wyn Slemon who continues to be a very active member of the group.  By 1989, the original group had grown to 50 and the need for increased space led them to meet in St. Aidan’s Church Hall.  This remained their home till 2016, when they moved to Riverside United Church. The membership is now at 110 members with 9 honorary members and a substantial waiting list.

The goals of the Club continue to be the same as when it started: to be a not-for-profit organization that provides a supportive environment for its members.  To that end, the Club is dedicated to offering a positive social atmosphere that encourages interaction and sharing of ideas.  The Club meets monthly (except for July and August) and has a potluck luncheon in September and a Christmas luncheon in December.  The Club provides opportunities for its members to learn more about art and artists through presentations by invited speakers or through excursions to visit art exhibitions.  A very important aspect of the Club is the program of seven one to three day hands-on workshops with distinguished artists on a wide variety of topics and in various media.  Some monthly meetings are devoted to having the members' works critiqued by a talented local artist.

In addition to furthering the artistic talents of its members, the Club also strives to promote and encourage the visual arts in the community.  One such initiative is the granting of a $500 scholarship to a Secondary School student who will be continuing in the study of art after graduation.

We are happy to announce that all activities will resume in September 2022.